The women of the 2nd Space Operations Squadron made history as the first ever all-female space operations crew July 23, 2020, at Schriever Air Force Base, Colorado. The crew gained satellite control acceptance of SVN-76, officially adding another satellite to the GPS III fleet. (U.S. Air Force photo by Dennis Rogers and Kathryn Calvert)

The Air Force has been providing precise position, navigation and timing for more than 25 years, however a first-of-its-kind crew assumed command and control of its newest satellite this week.

“It’s like the grandparents hand the keys to the parent, then the parent hands the keys to us,” said 1st Lt. Kelley McCaa, 2nd SOPS satellite vehicle operator. “When a new satellite is launched, we don’t have full authority of it. [Lockheed Martin] takes it over [after launch], then we bring it into our systems and then we actually gain full control of [the satellite] as a squadron.”

The new satellite will provide more than 5 billion users across the world with stronger precision, navigation and timing signals.

“With these new satellites, they have a lot of capabilities we didn’t previously have,” said McCaa. “There are certain things the new generation of satellites are capable of doing that are brand new to us, and will immediately enhance our GPS signal, helping the warfighters down-range.”

“We have a lot of females in the squadron, and given the crew scheduling, we had the opportunity to establish an all-female crew,” said 1st Lt. Alexis Thuli, 2nd SOPS operations assistant flight commander. “We decided to have this female team on crew during the SCA, creating a more historic event for the squadron.”

“We want to inspire future generations of young women and let them know they can have a place in the Space Force,” White said. “[The Space Force] is the place to be, especially for those who may have barriers to overcome.”

The crew cited Brig. Gen. DeAnna Burt, HQ U.S. Space Force director of operations and communications, as one of their role models. Before serving in her current role, Burt served as the 2nd SOPS squadron commander and as 50th Space Wing commander.

“What these Airmen did is historical, and I’m proud of each one of them,” Burt said. “As the Space Force evolves, I’m confident our warfighters will continue to make history in leading our nation’s space superiority efforts. We need strong space professionals in the Space Force and I hope their hard work and dedication inspire others to join us.”

“Seeing positions that are historically held by men now being held by women is extremely empowering and inspiring, pushing me to be a better version of myself,” said Staff Sgt. Kelly Malone, 2nd SOPS satellite systems operator and crew chief. “I’m doing this for my little sister. She probably looks up to me more than anyone in the family, and I have a chance to show her she doesn’t have to do typical ‘women jobs,’ or follow ‘women roles,’ and that it’s OK to break the norms.”

According to the National Science Foundation, women make up only 28% of employment in science and engineering career fields. Furthermore, an even smaller percentage of women serve in the Air Force, at about 21%.

Senior Master Sgt. Karmann Pogue, 4th SOPS superintendent, attended the historic event. Pogue recently earned the rank of chief master sergeant, and will be one of only eight women to do so within the space warfighting domain.

“In my 21 years in the Air Force, I’ve never seen an all-female [space] crew,” said a teary-eyed Pogue. “To see such strong women doing amazing things is incredible. I have goosebumps.”

The members of the crew include:

“Whenever we look at these particular operators on paper, we can see they’re some of the best our squadron has to offer,” said Capt. Angela Tomasek, 2nd SOPS flight commander. “The fact they’re all women is just a bonus.”

As America progresses, the armed forces have seen an uptick in women who serve. In 1980, women made up only 8.5% of all enlisted personnel across all branches, compared to 19.28% of the active duty force today.

“Life is full of challenges and it’s a matter of how you handle them,” Tomasek said. “Do you turn and go the other way or do you refuse to accept the barriers, and decide to break them down?” 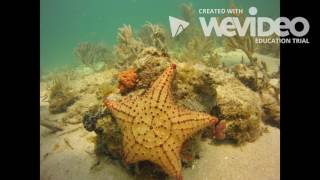 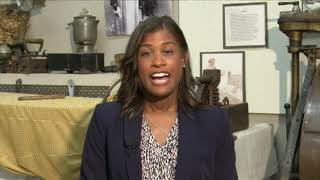 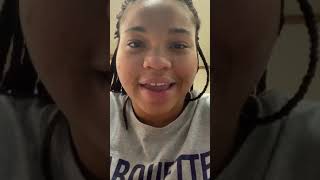 What some of our students are up to this year!

Now You Can Blog from Everywhere!